Brick: Isn't it amazing how each snowflake is different?
Sue: I know. It took me, like, three hours to cut out ten, and God has to do, like, fifty billion. You can't tell me that's not a miracle.
~The Middle, "A Christmas Gift," 2011, written by Jana Hunter & Mitch Hunter [S3, E11]
Good morning,
I finally went through a box of old Christmas cards I had from last Christmas as well as some a friend gave and proceeded to repurpose into new Christmas cards.
I had planned to take pictures of the cards before I start dismantling them but totally spaced so I have no before pictures. I also didn’t keep great track of what I used on all the cards I made so it could be hit or miss there!
Today I am sharing 3 cards I got from one old Christmas card which had beautiful iridescent snowflakes on it. I had a old 6x6 paper pack from DCWV that had some iridenscent paper that work womderfully with the snowflakes pattern. 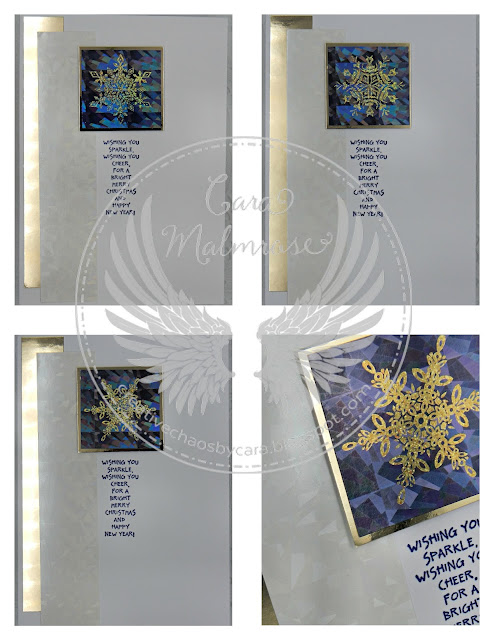 SuppliesCardstock from The Paper Studio (Base)Gold card stock from scrap binIridescent White cardstock from DCWVInk from Stampin Up!Sentiment from Stampin Up! (Wishing you Cheer)Thanks for stopping by!(Hugs) Cara
Posted by Cara at 12:00:00 AM
Labels: CHRISTMAS/winter, No Stamped/Digital Image, Recycled, snowflakes, Stampin Up! 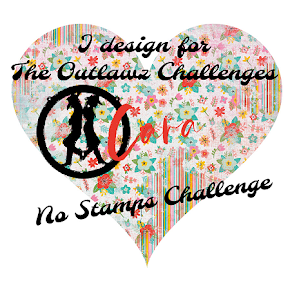 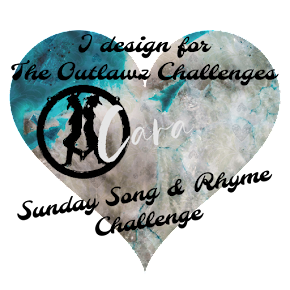 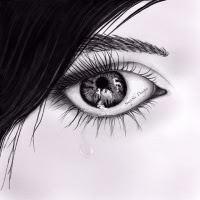 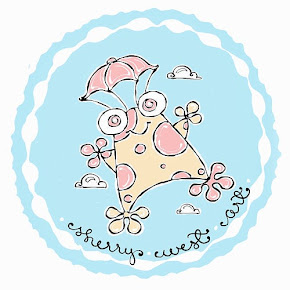